Faith Miller | September 4, 2014
Younger Americans are typing or texting more and writing less, even in school — and that’s a problem when it comes to brain development
By The Week Staff | October 6, 2010
Source: http://goo.gl/oOAJo3 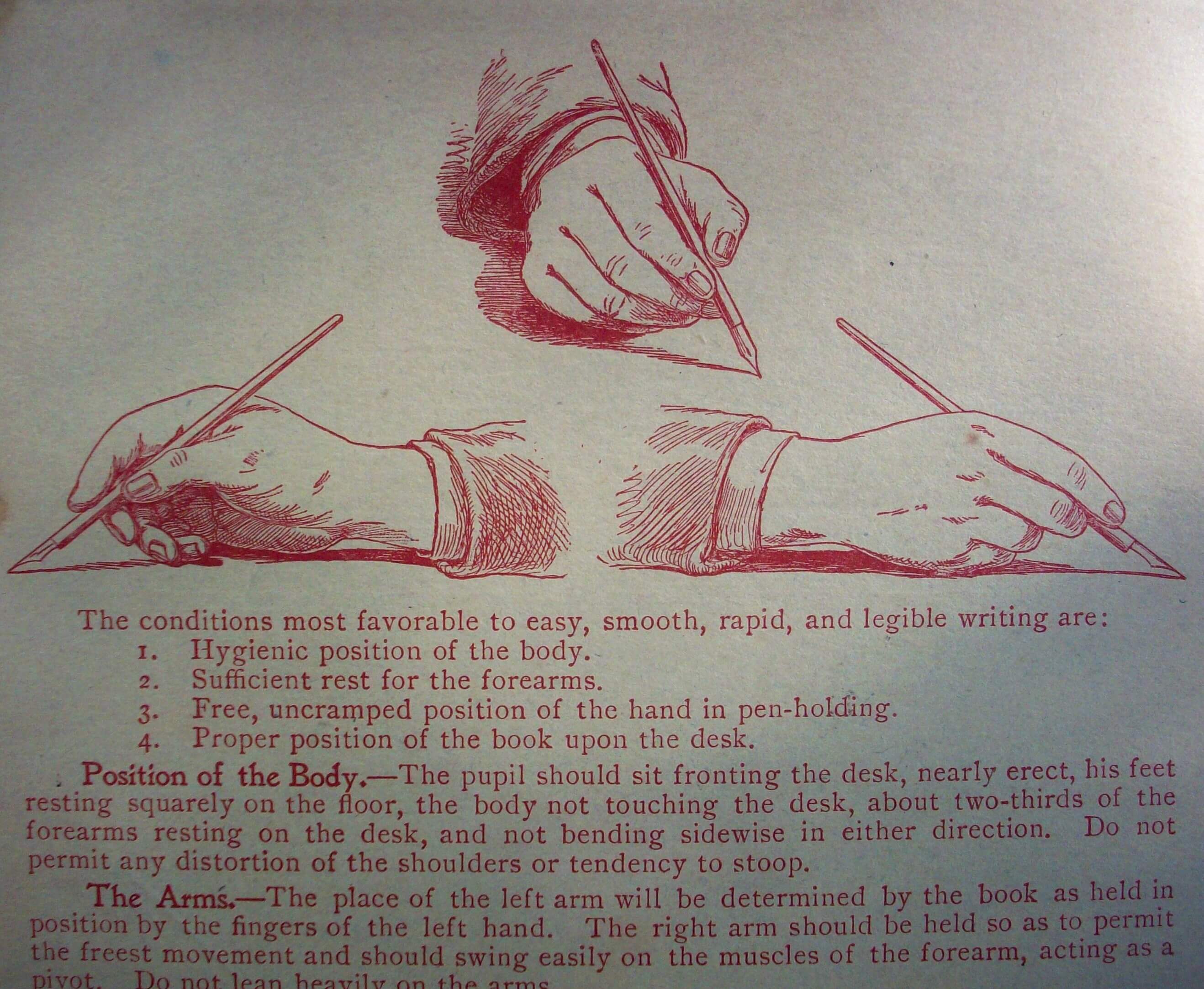 Most grade-school children are spending only one hour a week on penmanship.

With the ubiquity of keyboards large and small, neither children nor adults need to write much of anything by hand. That’s a big problem, says Gwendolyn Bounds inThe Wall Street Journal. Study after study suggests that handwriting is important for brain development and cognition — helping kids hone fine motor skills and learn to express and generate ideas. Yet the time devoted to teaching penmanship in most grade schools has shrunk to just one hour a week. Is it time to break out the legal pad? Here’s a look at how the brain and penmanship interact:

Writing by hand can get ideas out faster
University of Wisconsin psychologist Virginia Berninger tested students in grades 2, 4, and 6, and found that they not only wrote faster by hand than by keyboard — but also generated more ideas when composing essays in longhand. In other research, Berninger shows that the sequential finger movements required to write by hand activate brain regions involved with thought, language, and short-term memory.

Writing increases neural activity
A recent Indiana University study had one group of children practice printing letters by hand while a second group just looked at examples of A’s, B’s, and C’s. Then, both groups of kids entered a functional MRI (disguised as a “spaceship”) that scanned their brains as the researchers showed them letters. The neural activity in the first group was far more advanced and “adult-like,” researchers found.

Good handwriting makes you seem smarter
Handwriting also affects other people’s perceptions of adults and children. Several studies have shown that the same mediocre essay will score much higher if written with good penmanship and much lower if written out in poor handwriting, says Vanderbilt University education professor Steve Graham. “There is a reader effect that is insidious,” he says. “People judge the quality of your ideas based on your handwriting.” And the consequences are real: On standardized tests with handwritten sections, like the SAT, an essay deemed illegible gets a big zero.

This isn’t only an English-language phenomenon
Chinese and Japanese youths are suffering from “character amnesia,” says AFP‘s Judith Evans. They can’t remember how to create letters, thanks to computers and text messaging. In China, the problem is so prevalent, there’s a word for it: “Tibiwangzi”, or “take pen, forget character.” “It’s like you’re forgetting your culture,” says Zeng Ming, 22. So closely are Chinese writing and reading linked in the brain, says Hong Kong University linguist Siok Wai Ting, that China’s reading ability as a nation could suffer.

New technology is part of the solution
New touch-screen phones and tablets, like the iPhone and iPad, are providing a countervailing force, translating handwriting into digital letter forms or making writing practice fun (a $1.99 iPhone app called “abc PocketPhonics” rewards kids with “cheering pencils”). In Japan, an iPhone game called kanji kentei — a character quiz with 12 levels — has become a hit with all age groups.

Science may just be catching up with common sense
Heather Horn in The Atlantic Wire says that while all this research is fascinating, it mostly shows that “scientists are finally beginning to explore what writers have long suspected.” She notes a1985 article in the Paris Review in which the interviewer asks novelist Robert Stone if he mostly types his manuscripts. His reply: “Yes, until something becomes elusive. Then I write in longhand in order to be precise. On a typewriter or word processor you can rush something that shouldn’t be rushed — you can lose nuance, richness, lucidity. The pen compels lucidity.”

← The many health perks of good handwriting

Go to the last page of any of your completed WRiTE BRAiN BOOKS.

At the Bottom of the chalk board, type our email address

into the empty field and click "share my book."
All of your WRiTE BRAiN BOOKS can be found in the My Books tab
under Book Builder in our Main Navigation.

Simply email the short link to your digital book to

You can find the short link on the receipt of any confirmed book order.

Our app isn’t quite ready yet. We are polishing and fixing a few bugs to make sure you have the best, most seamless user experience possible. If you’d like us to let you know when its done we’ll send you a link to the FREE APP the minute it's ready to go!

I WANT A LINK TO THE FREE WRiTE BRAiN APP WHEN ITS COMPLETE! Please enter your email address!

*We will not publish, share, or sell your email address in any way. We hate spam just as much as you do and will not spam your email. We would love to share details on the progress/completion of our site in an occasional digital note. However, you will always have the option to opt-out.